Flying is usually an unpleasant prospect for me. Naturally, this is self-explanatory. When the pilot gets on the intercom and tells you to “enjoy your flight,” he is giving you the company line. What he means is, “make the best of it by drinking martinis, watching a movie or taking in some scenery out the tiny window.” And that’s only if you are unable to sleep through the flight, which is the best strategy.

Gone are the days when flying was an adventure. I remember going on a long flight when I was seven or eight. It was a DC-10, which was like being in a modest-sized shopping mall for a small child. It was during the 1970s, before 9-11 and all the inhumanly tight constrictions on a traveler’s movements and activities we have now. I walked through the plane making friends with everyone, being spoiled by pretty flight attendants, asking for and receiving extra sandwiches, playing games of Rummy with boys I had just met. It was like an evening social at 30,000 feet, and the fact that it went on for hours was a bonus. At the time, my eight-year-old body had no difficulty sleeping (I could sleep in a bowling alley when I was young), my ears popped easily with the altitude changes and my young mind was content with simple amusements. 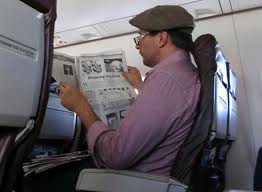 Now everything is different. Flying is a necessary evil I endure because it is marginally better than spending days getting there. A few years ago, I embarked on a flight that was memorable for the wrong reasons. I got on feeling miserable, sleep-deprived, my body hurting because of illness and in abysmal spirits. When you start a several-hour flight like that, it doesn’t bode well. But somehow I went to sleep right after we leveled off at cruising altitude and didn’t wake up until the plane was just beginning its descent. It was marvelous, and it doesn’t happen often enough.

I took a commercial flight today from Portland to Spokane. I had no reason to expect an enjoyable flight. It was 7 am. I had slept for only three hours. I had a splitting headache. Worst of all, I was coming to the end of an all-around bad month. But then a lady named Christy pushed in beside me with her infant daughter, Chloe, placing my morning on a completely different footing. 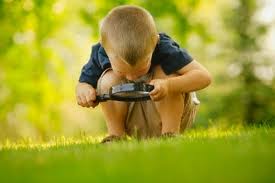 In case I haven’t mentioned it before, I respond very well to children, especially girls. Girls are more soft, gentle and sensitive than their male counterparts. Girls, unlike boys, generally don’t strike other children, pull the legs off spiders or scorch ants with magnifying glasses. Boys do all these things, and I’m sure they have their purpose, but I just don’t like them nearly as much as girls. For one thing, I have nieces but no nephews. Beyond that, there may be some quasi-Oedipal self-loathing behind this aversion, having once been a boy and spent years hanging around other boys, but no matter. Little girls remind me that humans have innate, God-given beauty in them. You can see the loveliness in humanity most clearly when you look at people who are just starting life, as little Chloe is—before the world, the flesh and the devil have had a chance to work them over.

I was already off to a winning start with the addition of Chloe and her mother, who was quite sociable. But the adorable Chloe turned out to have an especially sweet disposition. She smiled frequently, except for a few minutes right after she hurt herself pulling her sippy cup out of the pocket in the seat back: she was pulling on it for all it was worth, and then the elastic gathers suddenly let the cup go, and it flew up and hit her in the nose. I felt sorry for her. When she cried, it had the tone of real hurt, rather than the plaintive sound many children make.

Chloe interacted freely with me. I could see early signs of what social psychologists call “social facilitation,” which is when a person has a natural gift for easing social tensions and missteps. I could see her responding socially to me simply because I was asking her to.

Chloe started to get very tired just as we were touching the ground in Spokane. She was taking on a fatigue-based shyness but didn’t get grouchy and shut me out. She held on like a trooper. As I was saying my goodbyes, Christy asked her daughter, “Can you say ‘Bye, Doug’?” She tried once but didn’t get past the consonant sound “B.” But then, just as I was about to rise and go, she got it out in the softest voice you can imagine: “Bye, Doug.” What a little darling! I couldn’t believe it.

There is only one explanation for such an extraordinary disposition in a small child: God sprinkles souls like this throughout the earth to make our lives more enjoyable, especially for the people whom Chloe will be around regularly (such as Christy and her husband, among others). They’re the real lucky ones, but that doesn’t mean I don’t appreciate getting to spend a short flight with such a delightful creature. My day improved by leaps and bounds.

I am a freelance writer by trade, philosopher and comedian by accident of birth. I am an assiduous observer of humanity and endlessly fascinated with people, the common elements that make us human, what motivates people and the fingerprint of God in all of us. I enjoy exploring the universe in my search for meaning, beauty and friendship. My writing is an extension of all these things and something I did for fun long before I ever got paid. My hope is that the reader will find in this portfolio a pleasing and inspiring literary hodgepodge. Good reading!
View all posts by Douglas Abbott →
This entry was posted in Flying and tagged blessings, children, flying, travel. Bookmark the permalink.